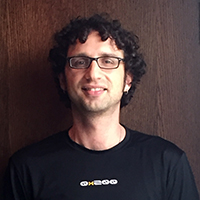 As FiveTwelve’s CEO Vitaly leads the effort to direct, communicate and execute the company’s mission. Vitaly has been a software and system engineer for over fifteen years, and has worked at Raytheon, AST, Seismic, Lockheed-Martin, and America OnLine corporations.

Vitaly has a Bachelor’s Degree in Computer Science from Loyola University at Baltimore. Vitaly climbs rocks, mountain bikes, snowboards and skis and you can join him at Earth Treks in Columbia, Rockville, and Timonium, Avalon in Patapsco, and numerous snowy places for such adventures. 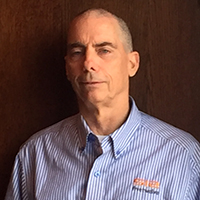 As FiveTwelve’s COO Larry leads the company’s drive to create maximum value for the company’s stakeholders. Larry has been a software and system engineer in the Intelligence Community for over thirty years, and has worked at Northrop Grumman, Essex, Hewlett Packard, Compaq, Digital Equipment, and BDM International corporations.

Larry has a Master’s Degree in Computer Science from Johns Hopkins Whiting School of Engineering and a Bachelor’s Degree in Computer Science from the University of Baltimore Yale Gordon College of Arts and Sciences. Larry served in the United States Army as an advisor to the Airborne Division of the Army of the Republic of South Vietnam. Larry also climbs rocks and mountain bikes (easy stuff!) and you can join him at Earth Treks, Seneca Rocks, and Avalon for quite moderate adventures.

As Five Twelve’s CVO, Suzanne defines and implements the company’s vision, focus, direction, and growth strategy. She develops and executes the corporate business model and drives FiveTwelve’s acquisition process. She has been a management and growth professional within the Intelligence Community for 25 years as both a DoD Federal Civil Servant and a defense contractor.

She holds a Master’s Degree in Management and Administration from Central Michigan University and a Bachelor’s Degree in Interdisciplinary Studies from Johns Hopkins University. She is a certified PMP and holds certifications in SCRUM fundamentals and Six Sigma methodologies. As well, Suzanne is a member of AFCEA, Women in Defense, and the Industrial Representatives Association. Aside from her professional role, Suzanne most enjoys spending time with her husband and two daughters. When she’s not cheering on her girls in one of their many sports, she trains in CrossFit and participates in distance running events. Suzanne is also very active in a number of local charitable organizations supporting the welfare of children and animals.